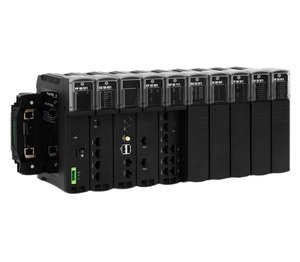 The Sochinskaya TPP is one of the most modern stations in the group. Since its startup 15 years ago the group came to a point of upgrading it to implement the most recent technologies and bring back the capabilities to update and repair the system.

Control software, Incont-R, was developed by Incontrol, local system integrator, specializing on the systems for gas and steam turbines. The same company was the general contractor for all the works on site. As the hardware base was chosen Regul R500 programmable logic controller. In addition to the control system of the gas turbine unit were developed control system for steam turbine and for the balance of plant equipment. All the systems were united by one and shared framework of single approach single system.

During the project were upgraded control systems for: