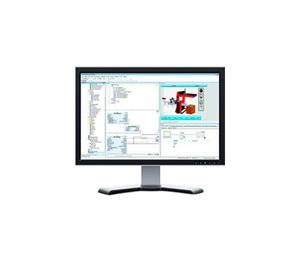 Epsilon LD is an integrated software package that provides all the tools required for configuration, programming and maintenance of all the REGUL controllers. Having one package only enables you to flexibly use the most appropriate controller series in your project without having to learn new tools and approaches. Epsilon LD supports development of applications in the following languages:

A specially developed tool, Network Scanner, is included into Epsilon LD to find all the REGUL controllers in your network, no matter what their network configuration is. Then the same tool can be used to configure IP addresses and names of the controllers.

Abstraction level in the Epsilon LD separates controller configuration from the programming part. This approach allows for a developer new to PLC programming or to the use of REGUL controllers, to have a faster start with the system.

Visual PLC Editor
It is highly supportive to visualize the configuration of the system and have a clear understanding which rack contains which modules and visibly identify the state of the racks. To perform it, the software shows each system configuration in the visual editor, with drag-and-drop adjustments.

Redundancy Configuration
As the redundancy is at the core of the REGUL controllers, it was important to have a convenient tool to set up and monitor redundancy state. The tool allows you to see the type of the redundancy used in the system in the Visual PLC Editor, as well as indicate controllers to be used as main and hot-standby, compare firmware and application used in each of them, and switch the control from one to another.

Programming – Wide choice of languages to your taste
The modular structure of the projects in the Epsilon LD software supports the use of different languages more suitable to different parts of the application. IEC 61131-3 are integrated into the software and the developers can choose the preferred language for them. Additionally, there is support for CFC (Continuous Function Chart) and ANSI C. Since the application could be split into modules running with a different speed, each of the modules can use its own language too.

Online Software Update
One of the most distinguished features is the support of the live software update on the redundant systems without stopping them from the operation. When performing an update, the control is switched to the second controller while in hot-standby. Then, the application update is uploaded to the first controller and the control is switched back to it. After successful pickup of the new application, it is synchronized to the standby controller.

Profiling
Each project in the Epsilon LD is developed in its own profile and you can keep as many as needed. Separate profiles allow you to get the same environment as when the application was developed. Reducing the need to search and fix library dependencies.

Integrated Visualization
Oftentimes, the requirements for visualization are less than the use of SCADA system. In those cases, developers can create an interface directly from Epsilon LD and download it to the controllers. There is support for two types – one is Target Visualization, when it is displayed on an HMI (for example, R400 or third-party device) or on a monitor connected to the CPU module; the second is Web Visualization available in corresponding versions of the CPU modules. In case of Web Visualization, a web server runs in the module supporting remote connection and remote display of the state and control of PLC in the defined interface.

Integrated Debugger
Once the application is developed, use the debugger to go step-by-step through your application to ensure smooth and correct running.

Remote Diagnostics and Maintenance
Design of the controller to be used in the locations that are difficult to reach or the travel takes plenty of time puts a special accent on the possibility to remotely diagnose and update controller. This is reached by the integrated tools in the Epsilon LD software that support collection of the diagnostic information, analysis of the operation, and update where necessary. This includes configuration of the I/O modules, update of the application, firmware update.

Real-Time Operation
Before download to the controller, the application is compiled into a package for real-time operating system in the controller. Operation under it allows each REGUL controller to deliver stable and secure performance in the industrial environments. 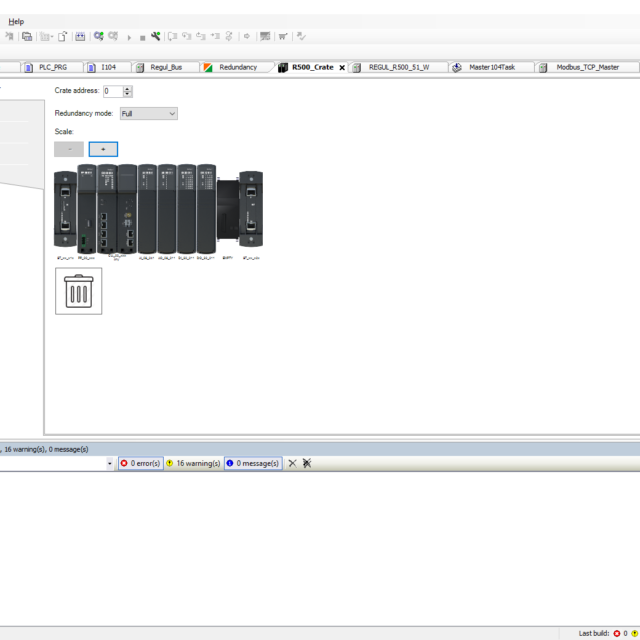 Each rack in the system is configurable with a visual editor 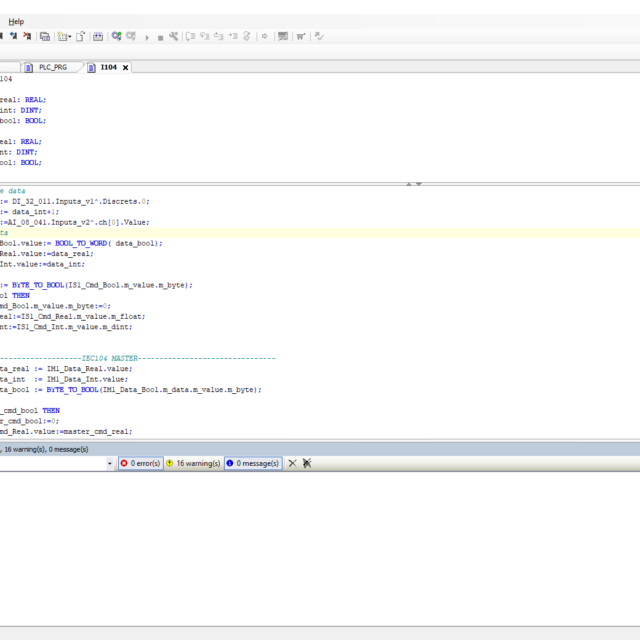 The software supports all five IEC 61131-3 languages and CFC

Each protocol can be configured from the same software. For OPC DA there is a separate server. 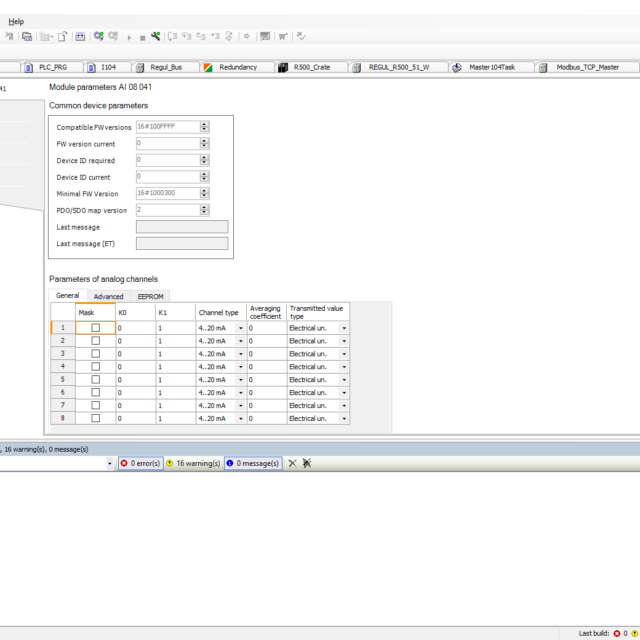 Download your copy of Epsilon LD from the link below. Free to use.

Changes to the system software of PLC:

Changes in the PLC bus driver:

Fixes in the system software of PLC:

Fixes in the PLC bus driver:

Corrections in the redundancy subsystem:

The minimum system requirements for Epsilon LD were changed to 1.6.14.0.

New functionality in the controller software:

Changes to the Regul bus driver:

Correction in the ModBus Serial Slave driver: The range of user functions was changed.

Changes in the System software of the controller:

Corrections in the ModBus driver:

Corrections in the controller system software: